On July 13, 2015, Sandra Bland was found hanged.  She was an inmate in the Waller County (Texas) jail.  Her death sparked nationwide outrage and demonstrations.  “Social justice” activists rushed to exploit her arrest, and subsequent death, as another instance of racial profiling and “police brutality.”  The media projected the narrative that the death of Sandra Bland was yet another example of police violence against Blacks.  The heated rhetoric, baseless accusations, and racially-charged narrative are one thing. 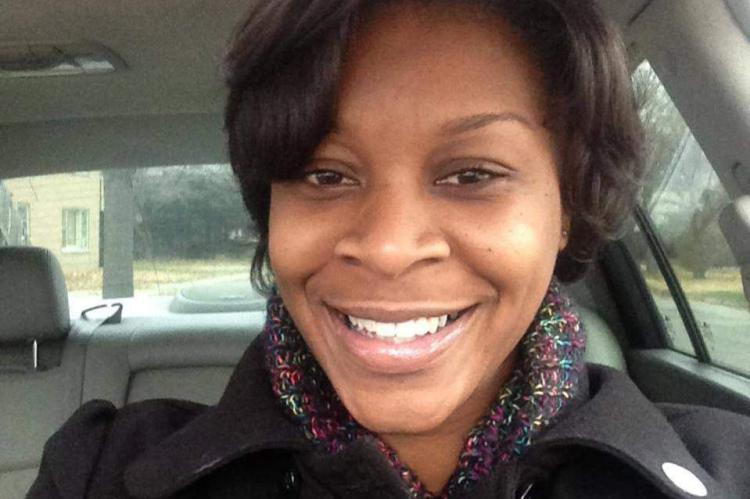 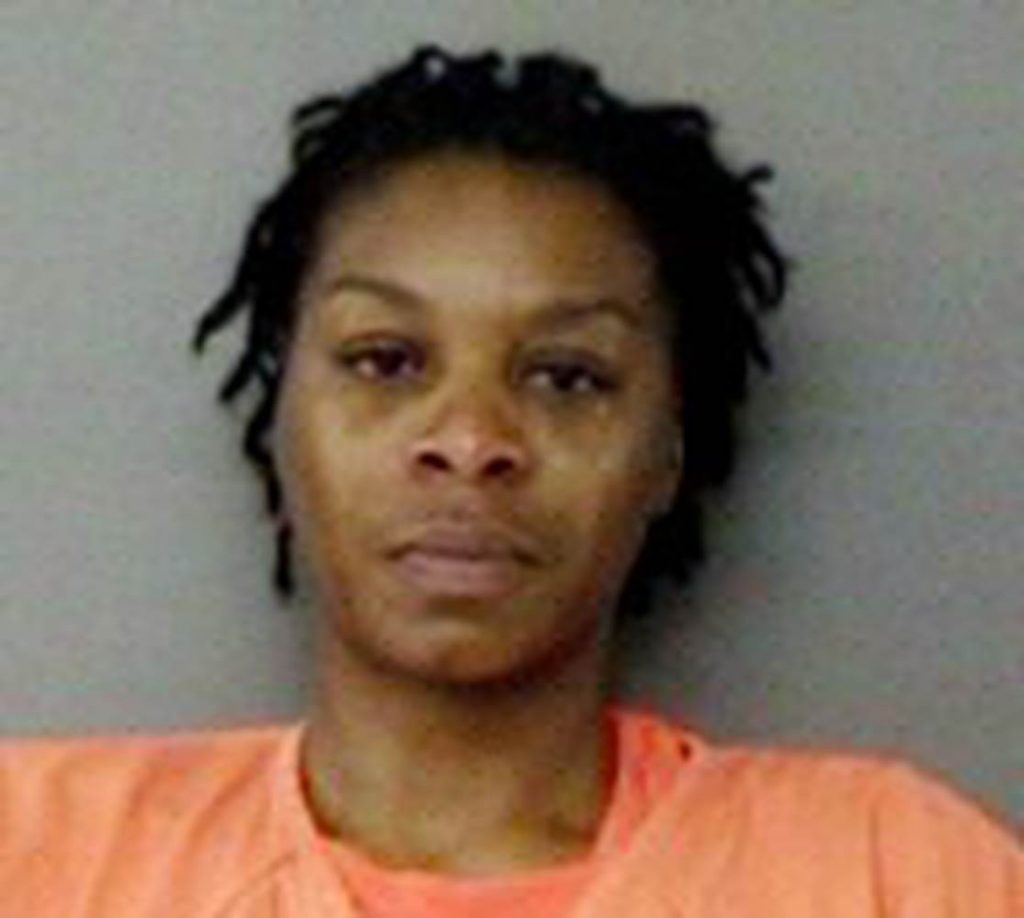 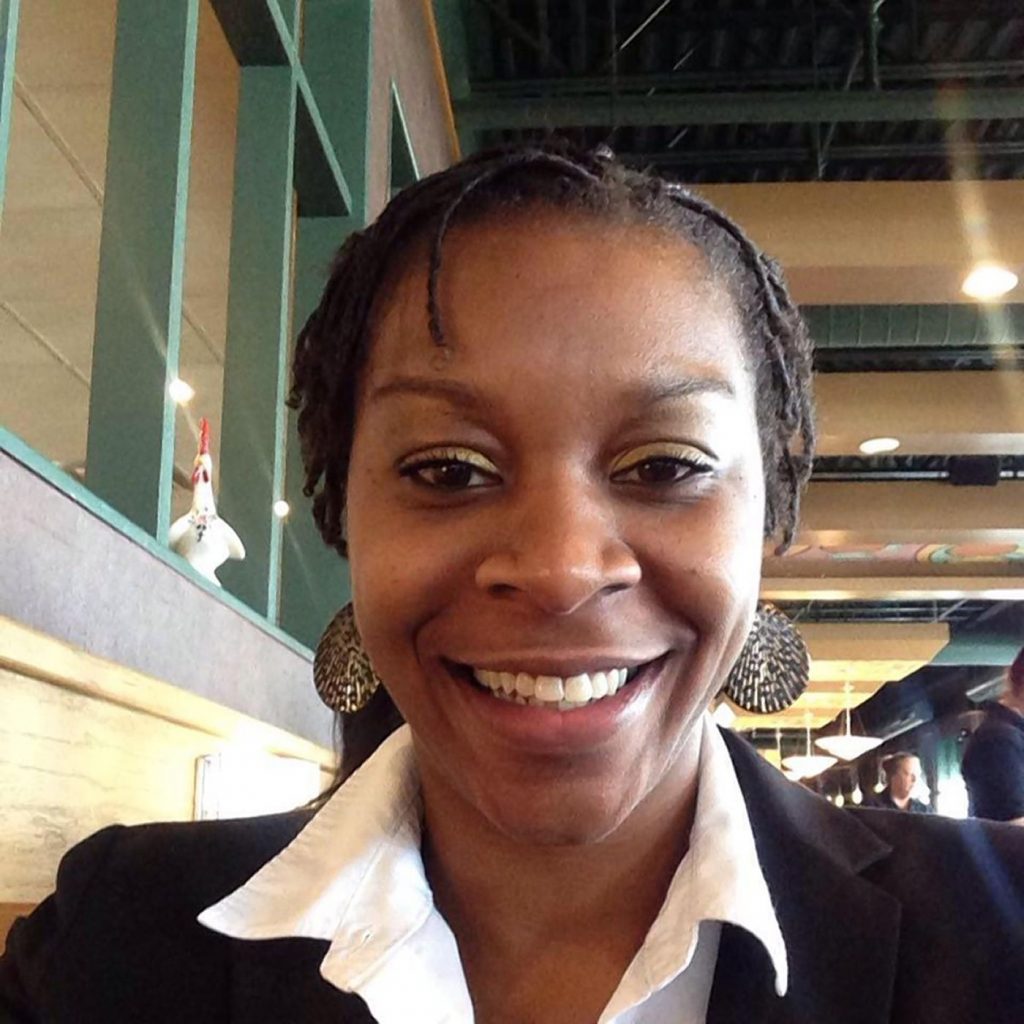 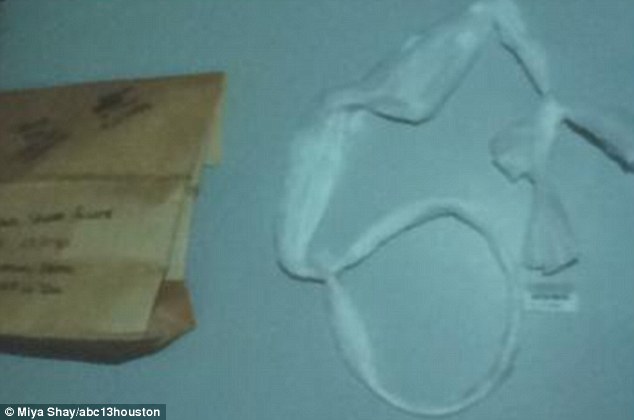 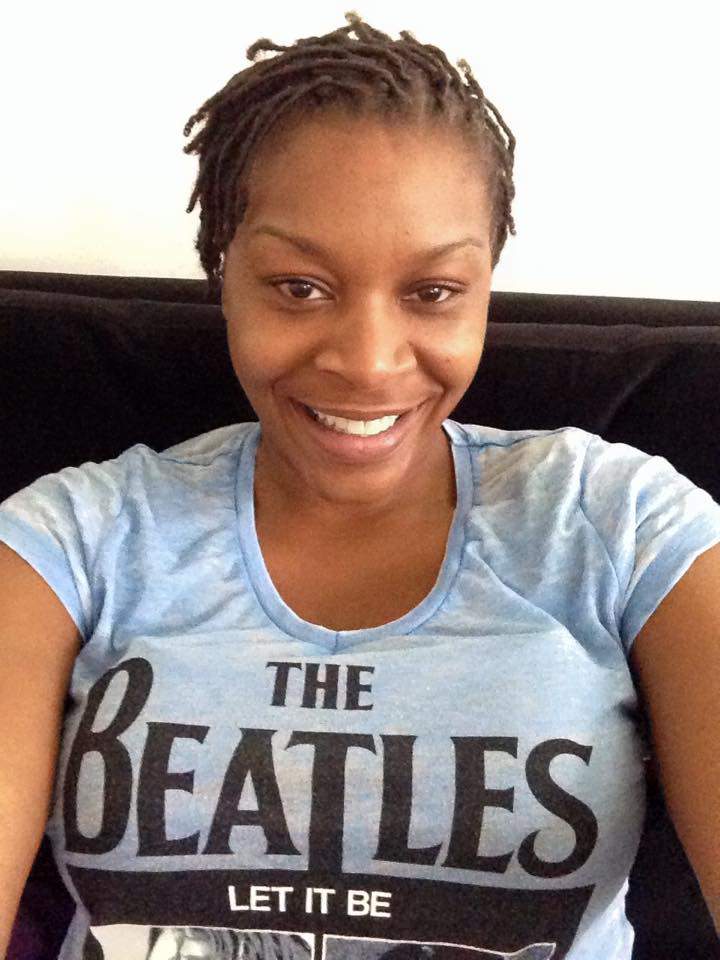 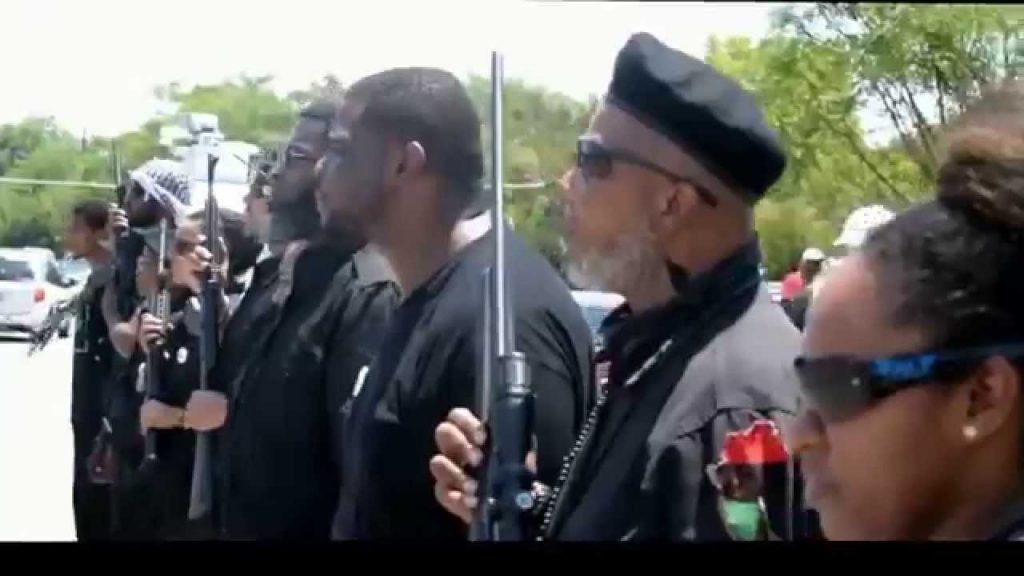 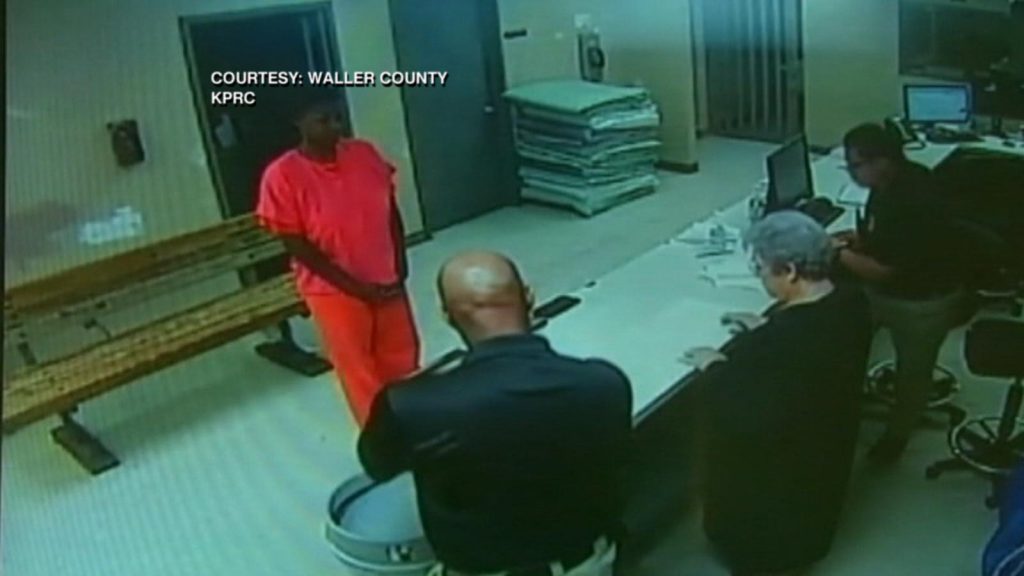 The facts in the case of Sandra Bland tell another story.  The inescapable fact is that Sandra Bland suffered from depression.  She openly and honestly discussed her depression in a YouTube video.

“The traffic stop that led to her arrest occurred only a few hundred yards from the university’s main entrance.” [4]

The driver, and lone occupant, of the vehicle, was Sandra Bland.  Trooper Encinia approached the vehicle and spoke to Bland.  He explained the reason he stopped her.  He returned to his police vehicle and wrote out a simple traffic warning.  Sandra Bland refused to sign the document.  She questioned the reason for the traffic stop.  She challenged the trooper’s authority.  Their conversation became heated.   Bland refused to cooperate.  Again, Trooper Encinia had issued  Bland a warning.  She could have simply signed it and been on her way. Trooper Encinia asked Bland to put out the cigarette she was smoking.  She refused.

“Why do I have to put out a cigarette when I’m in my own car?”

“Assault On A Public Servant.”

Newly released video from Sandra Bland’s own mobile phone capture a portion of the incident.

Conflict resolution experts believe that, while the traffic stop was legal, the trooper’s demeanor contributed to the escalation of the situation.[4]

Racial “activists” immediately sought to characterize Sandra Bland’s arrest itself as another instance of “racial profiling.”  There is no evidence that Trooper Encinia, who is Hispanic, initiated the traffic stop because of Sandra Bland as African-American.  Research indicates that, contrary to media hype, Blacks ARE NOT pulled over more than Whites. [3] The reason for the initial traffic stop, Bland’s illegal lane change, has never been invalidated.  Trooper Encinia’s instruction to Bland to put out her cigarette was reasonable under the circumstances and lawful.  Trooper Encinia’s order to Bland to exit her vehicle, once again, was perfectly legal and well within his authority.   Sandra Bland’s refusal to obey the Trooper’s instructions and orders was illegal.

“…[Bland] still owed a total of $7,579.00 in court fines resulting from five traffic stops in various Chicago suburbs (including a DUI)…” [1]

Other instances include:
March 2013 – Sandra Bland was stopped in Crestwood Township, [Illinois]. She was cited for

“speeding 21-25 mph above the limit, and for operating an uninsured motor vehicle.“

Cook County Court records indicate that she was fined $200.  The fine was never paid.

November 2013 – Bland was arrested in Naperville on an outstanding warrant and transported to the DuPage County jail.

February 2014 – Sandra Bland was stopped by Lombard Police.  She was charged with

She as fined $2,940 after being convicted on the two traffic offenses.  The fines were not paid.

Bland was cited twice for failure to pay.

March 2014 – About five(5) days after being stopped by Naperville Police, Bland was again stopped by Lombard Police.  She was charged with:
driving under the influence;
speeding 15-20 mph over the speed limit;
improper lane usage;
disobeying a traffic control signal;
failing to signal when changing lanes;
driving on a suspended license,
and operating an uninsured motor vehicle.

Bland was found guilty of DUI.  The other charges were dismissed.  She was placed on court supervision and fined.  Her Driver’s License was suspended for six (6) months.  During that suspension and court supervision period, Bland was pulled over and cited for speeding.  Her fines in this case were not paid.

Further inquiry shows that from 2004 to 2010, Sandra Bland had other encounters, and in some cases arrests, with jurisdictions including Harris County, Texas, and two other Illinois cities.  In one Harris County case, Bland was cited for Driving While Intoxicated and misdemeanor possession of marijuana.  In another Bland was cited for

This case was dismissed.

for which she was fined and placed on supervision.  [1]

Sandra Bland was booked into the Waller County Jail on the charge of Assault on a Police Officer.  Her bond was set at $5000.  The sum of $500 would have been enough to secure her release.  For whatever reason, neither Bland’s friends, family, or fans were able to procure the funds needed to bond her out.  At the time she arrived at the Waller County Jail, Sandra Bland still owed several thousand dollars in unpaid fines.  In some jurisdictions, this may have resulted in a detainer or hold being placed on the inmate.  In Bland’s case, Waller County authorities indicate that there was no such hold or detainer on Sandra Bland from any other jurisdiction.

Sandra Bland made numerous phone calls from jail to a man described as her live-in boyfriend.  Official documents state that he

During the intake process Sandra Bland, as with all inmates, was asked if she had ever attempted suicide.  Her answer was

She was asked why she had attempted suicide.  Her answer was

During the intake process,

“Ms. Bland had told two jail intake workers on July 10 that she had tried last year to kill herself after losing a baby…” [2]

During the intake process, Bland was asked if she had suffered a recent loss.  She answered

and stated that her

Sandra Bland was placed in an “aggravated tank.”  This is common jail parlance for a holding area for inmates accused of violent crimes or who may pose a threat to jail staff.

On the morning of July 13, 2015, around 6:30 am, Waller County jailers stated that Sandra Bland refused to eat breakfast. A short time later a jailer checked on Bland.  She indicated that she was “fine.”  A little later Bland asked, and was granted, permission to use the phone in her jail cell.  The device operated via PIN.  Records indicate that she never placed a call.  At around 9:30 am jailers did their routine checks and discovered Bland hanging by her neck.  Video taken by

camera indicates that no one entered the hallway, not to mention Bland’s cell, from 7:30 am to 9:07 am.  The first jail staffer who entered Bland’s cell was the female deputy who discovered her hanging.

Demonstrators gathered at the Waller County Jail to protest what they believed was the murder of Sandra Bland.  The Texas Rangers were still investigating the matter.  The official report had not been written. The autopsy of Sandra Bland had not been released.  The Grand Jury had not yet seen the evidence in the case.  Nevertheless, activists immediately seized on the tragic death of Sandra Bland in order to advance the false narrative that her death was the result of “police brutality.”  Notably, members of the New Black Panther Party gathered for at the Waller County jail facility.  The members of the group were heavily armed with a variety of weapons including semi-automatic pistols, shotguns, and semi-automatic rifles.  Rather than honor the life of Sandra Bland the New Black Panther members chose the occasion to insult and attempt to provoke members of law enforcement.

At the height of their “rally’, fewer than a dozen New Black Panther members appeared. [7]

The Anonymous hacktivist group took to the Internet to declare war on law enforcement.  The group claimed to have evidence that Sandra Bland was murdered by Waller County Sheriff’s Department jail staff.  These claims were based on the baseless speculation that Bland was dead when she arrived at the jail. [6]

The autopsy indicated that Bland had between 30 – 40 parallel healing cuts on her left forearm.  During a press conference, First Assistant District Attorney Warren K. Diepraam stated that

“The roughly 30 marks were healing from 2-4 weeks prior to her death,…”

These injuries predated her arrest and detention in Waller County.  These injuries are believed to be self-inflicted.  They appear to indicate prior attempts on the part of Sandra Bland to take her own life. Toxicology reports indicated that Sandra Bland tested positive for THC, the active component of marijuana.  The level of THC in blood was very high at the time of her death.  This is remarkable given that she had been incarcerated for three days.

In September 2016, attorneys for Sandra Bland’s mother reached a Wrongful Death lawsuit in the amount of $1.9 million.

Sandra Bland was clinically depressed.   She was suicidal.  She had attempted suicide long before her arrest by Trooper Encinia.  She made

in the Youtube Video during which she apologized to her fans for being absent.  In the video, she spoke openly about her struggle with depression.

Those who knew her missed this outcry.  They missed the warning signs. The miscarriage she suffered was a severe emotional and psychological blow.  Her previous attempts to take her own life were evident.  Sandra Bland’s bond was set at only $5000.  A mere $500 would have secured her release.  Why no member of her family, the friends of her sorority posted the funds is inexplicable.

[9] Sandra Bland recorded her own arrest. Watch her cellphone video from the 2015 traffic stop – https://www.wfaa.com/article/news/investigations/sandra-bland-recorded-her-own-arrest-watch-her-cellphone-video-from-the-2015-traffic-stop/287-44ff2f5b-f481-48c3-a5ca-fad15296d979