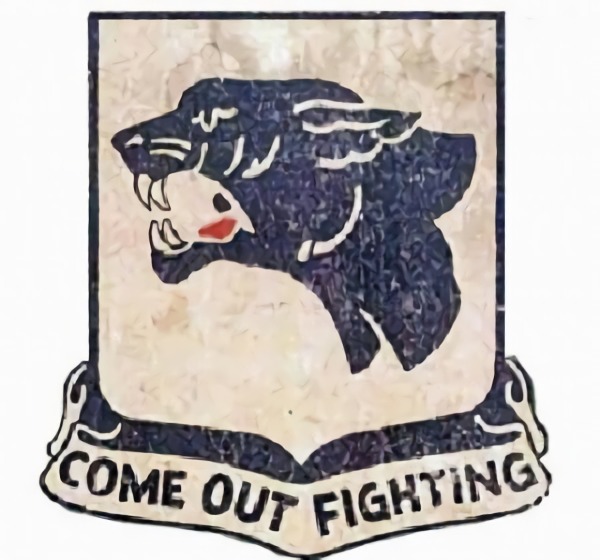 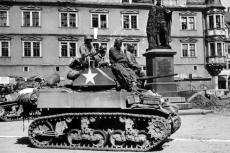 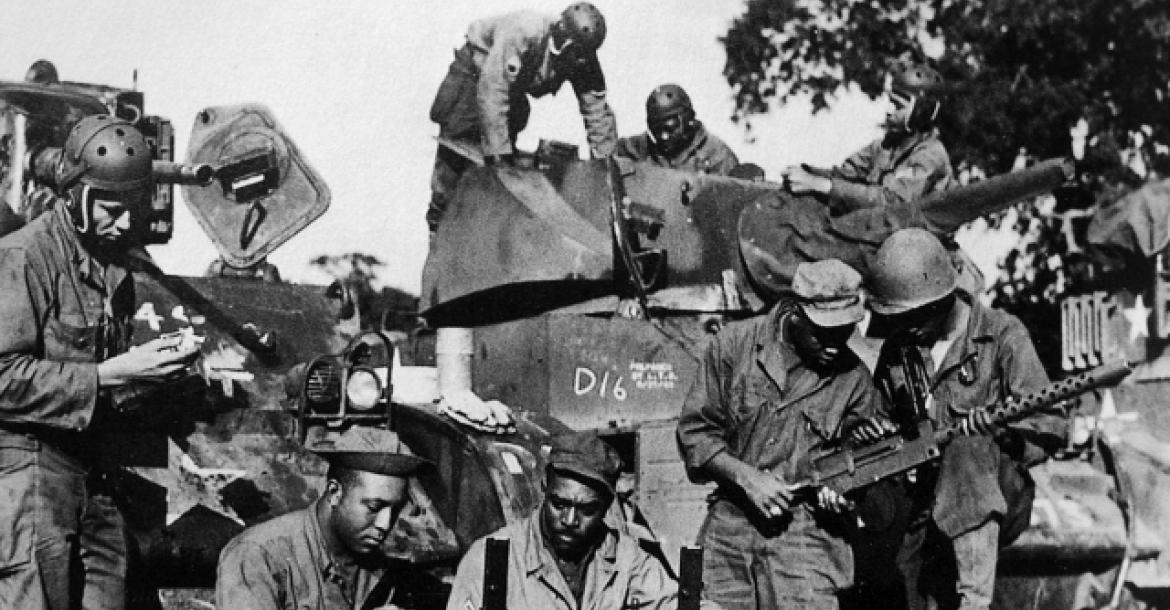 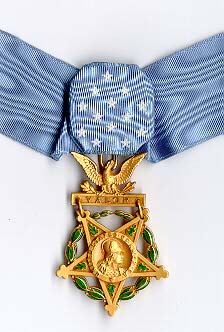 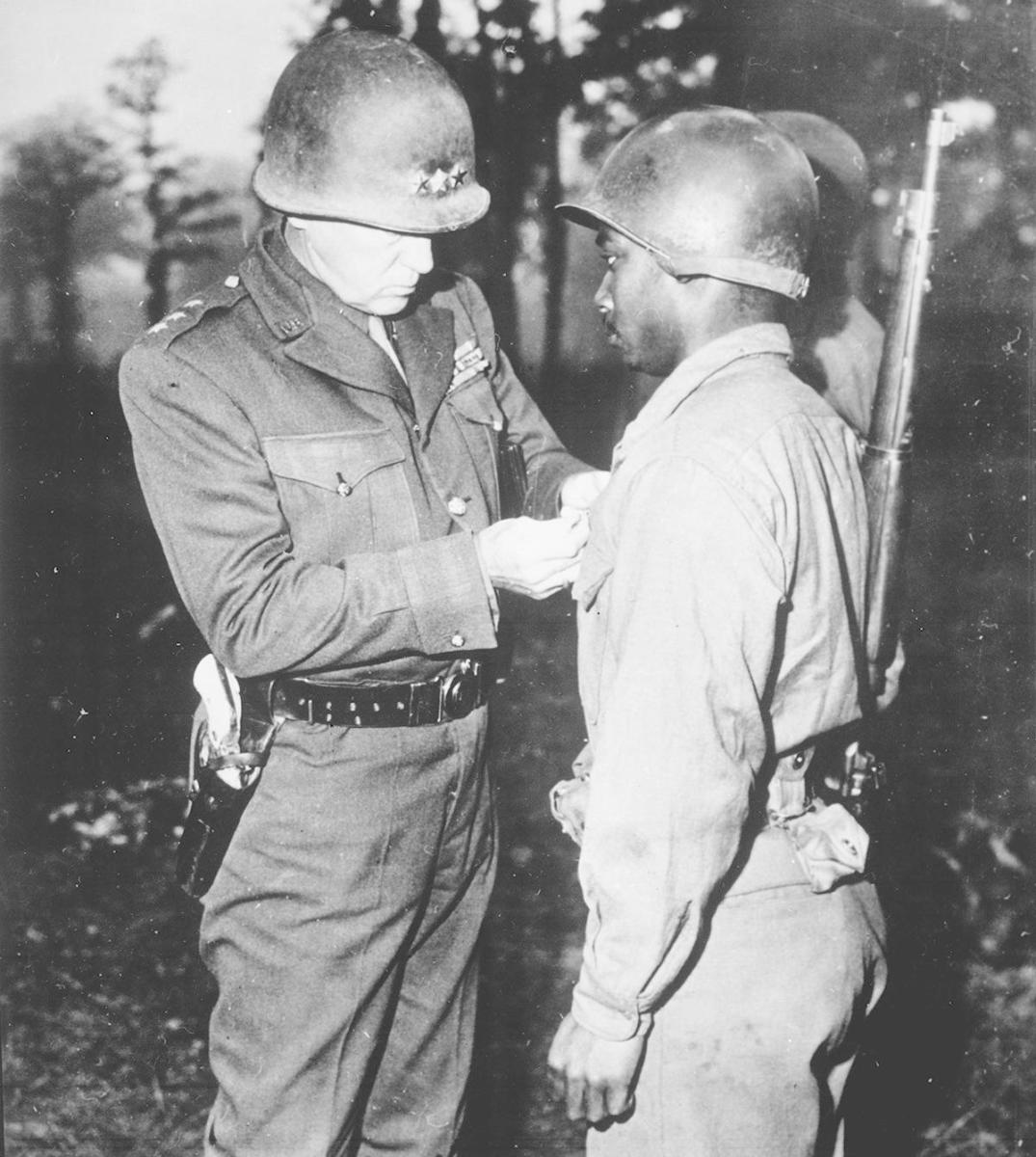 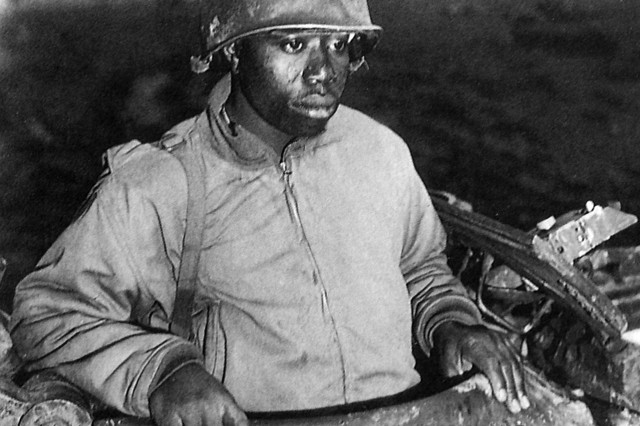 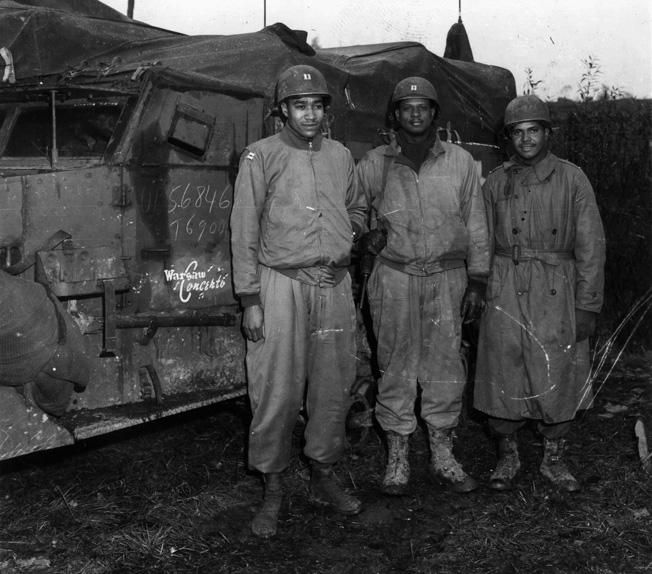 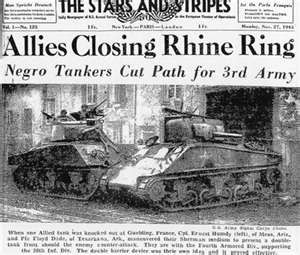 In the early 1940s, the European continent and large parts of Asia were at war.  Germany had overrun Poland and  France.  The German invasion of Britain seemed imminent.  The Nazi German effort to eradicate the Jewish People, The Holocaust, was underway.

In the early days of America’s entry into World War II, race relations in the United States were strained. This was a tumultuous period during which 1.5 million Americans, including large numbers of Blacks left southern states in pursuit of opportunities and jobs in the northern United States.  Not surprisingly, the influx of southern Blacks to northern cities resulted in, among other things, racial tensions and housing shortages. [1]  In the midst of this strife, many advances in race relations and social equality were made.  Benjamin O. Davis became the first African-American General in the United States Army.

“Benjamin O Davis, Sr. was promoted “to brigadier general (temporary) on October 25, 1940. He was retired on July 31, 1941, and recalled to active duty with the rank of brigadier general the following day.” [2]

On December 7, 1941 the Japanese Imperial Navy attacked the American naval base at Pearl Harbor.  The following day President Theodore Roosevelt asked the United States Congress for a Declaration of War against Japan.  [3]

Setting aside racial and ethnic differences, many Americans of all stripes answered the call to confront the Axis powers of Germany, Japan, and Italy.  Among those who stepped up to serve was base legend Jackie Robinson.  As fate would have it, Jackie Robinson would not see combat with the 761st Tank Battalion.  During training, a bus driver directed Jackie Robinson to move to the back of the bus.  Robinson refused and was arrested.  The battalion commander, Lieutenant Colonel Paul L. Bates,

“refused to consider the court-martial charges put forward by the arresting military policemen.”

Instead Jackie Robinson was transferred to another unit.  Order for a court-martial was entered against Robinson.  He was subsequently acquitted of all charges. [4]

The 761st was formed on March 15, 1942.  The unit was activated on April 1, 1942, at Camp Claiborne, Louisiana. [4] The men of the 761st Tank Battalion began their training on light armored vehicles.  During the final phase of their armored warfare training at Fort Hood, TX the unit was upgraded to the newer and more powerful M4 Sherman medium tank.  The Sherman came equipped with

At this point and time, the M4 Sherman tank was considered a match for Germany’s mass-produced and widely deployed Mark IV Panzer.

The racial tensions that plagued society, in general, permeated the military also.  A segregated society resulted in a segregated military.  As in the civilian sector, there were flares in the military.  Another all Black tank battalion training at a different location than the 761st was involved in a

with military police “MPs” officers.  In response, the soldiers of the 761st Tank Battalion

“commandeered six tanks and a half-track”

as part of a plan to counter-attack.  They were persuaded to stand down by Lieutenant Colonel Bates who

“promised to straighten the situation out.”

“Men, you’re the first Negro tankers to ever fight in the American Army. I would never have asked for you if you weren’t good. I have nothing but the best in my Army. I don’t care what color you are as long as you go up there and kill those Kraut sonsofbitches. Everyone has their eyes on you and is expecting great things from you. Most of all your race is looking forward to your success. Don’t let them down and damn you, don’t let me down! They say it is patriotic to die for your country. Well, let’s see how many patriots we can make out of those German sonsofbitches.”

Attitudes about race that dominated society were also prevalent in the military.  Histories document the fact that Patton, like many White officers, expressed reservations about the use of “Negro” soldiers in combat roles.  Patton stated

“They gave a good first impression, but I have no faith in the inherent fighting ability of the race.”

In his memoir, War As I Knew It, General George “Blood and Guts” Patton would later remark,

“Individually they were good soldiers, but I expressed my belief at the time, and have never found the necessity of changing it, that a colored soldier cannot think fast enough to fight in armor.”

One of Patton’s biographers wrote that,

of Black soldiers hinting that Patton’s reservations regarding Black soldiers were merely a reflection of the prevailing social conditions and no belief that Black soldiers were inherently inferior.  There is merit to this position given that General Patton handpicked the 761st Tank Battalion to spearhead his mission to rescue the 101st Airborne Division during the Battle of the Bulge.

The official motto of the 761st Tank Battalion is,

In the early morning hours of December 16, 1944 Germany launched a desperate counteroffensive in a bid to turn the tide of war.  More than 200,000 German troops and 1000 tanks attacked along a 75-mile wide area of the front lines in Belgium. [5]  The thrust of the attack was through dense Ardenne forest.   The attack caught Allied military leaders off guards.  American forces were overrun and others were encircled and had their lines of supply cut off.  The ensuing fight for survival, and the subsequent relief effort, would become known as The Battle of the Bulge.

“I would never have asked for you if you weren’t good. … Everyone has their eyes on you and is expecting great things from you. Most of all, your race is looking forward to you. Don’t let them down, and, damn you, don’t let me down.” -Lt. General George S. Patton [8]

During this crucial period, the 761st Tank Battalion

much of which saw the unit positioned in frontal assault positions.  [4]

When interviewed years later, many of the 761st Tank Battalion veterans stated

“…they were proud to have served under a general widely considered one of the most brilliant and feared Allied military leaders of World War II.”

The battlefield accomplishments of the 761st Tank Battalion are extraordinary given the technological superiority of German armor.  By the time the 761st arrived in Europe their M4 Sherman medium tank was largely obsolete.  The 761st Tank Battalion faced Germany’s most elite, well-equipped,  and battle-hardened combat units including the 13th SS Panzer Division.  A new generation of heavily armored, 50-ton, German Panther V main battle tank was far superior to the M4 Sherman.  This German Panther tank was equipped with the lethal, long-barreled, high velocity, tank-killing 75mm main gun.

“I consider the 761st Tank Battalion to have entered combat with such conspicuous courage and success as to warrant special commendation. The speed with which they adapted themselves to the front line under most adverse weather conditions, the gallantry with which they faced some of Germany’s finest troops, and the confident spirit with which they emerged from their recent engagements in the vicinity of Dieuze, Morville les Vic, and Guebling entitle them surely to consider themselves of the veteran 761st. It is with extreme gratification that the corps commander’s commendation is forwarded to you. Your battalion has supported this division with great bravery under the most adverse weather and terrain conditions. You have my sincere wish that success may continue to follow your endeavors.”

During the Battle of the Bulge, the German Army used English-speaking infiltrators dressed in stolen U.S. Army uniforms to penetrate behind the front line.  These units disrupted communications, logistics, and sowed chaos and confusion.  Members of this unit set up checkpoints to misdirect American troops and ambush others.  [6]

As part of Operation Grief “Griffin”,

“Einheit Stielau commando unit had been assembled from the brigade’s best English speakers, …”

“to shoot any white soldiers at the checkpoints who acted suspiciously.”

After The Battle of the Bulge, The 761st would lead the attack that broke through German defenses allowing the U.S. 4th Army to enter Germany itself.  The 761st advanced deep into Nazi Germany and made contact with Russian forces including the 1st Ukrainian Front of the Soviet Red Army.

In May 1945, the 761st was one lead element that liberated the Nazi death camp of Gunskirchen. [7]   This concentration camp was part of the Mauthausen system.  Sonia Schreiber Weitz, a seventeen-year-old detainee at the camp, memorialized her rescue by Black soldiers of the 761st in a poem entitled

The first stanza of her poem says,

A black GI stood by the door
(I never saw a black before)
He’ll set me free before I die,
I thought, he must be the Messiah.

During its tour of duty, several members of the 761st distinguished themselves. Sergeant Warren G. H. Crecy was described as

Sgt. Crecy eliminated the German units who were directing artillery fire on to American units.  The tank he commanded fought through German positions until it was knocked out of service.  Sgt. Crecy fought off a counter-attack by German infantry with a tank-mounted .50-caliber machine gun.   Sgt. Crecy was nominated for the Medal of Honor. He received a battlefield commission. He retired from the U.S. Army with the rank of major. [4]

Another distinguished member of the 761st “Black Panthers” was Staff Sergeant Ruben Rivers.  Sgt. Rivers was posthumously awarded the Medal of Honor for

during his service in Company  A of the 761st Tank Battalion.  His official Medal of Honor Citation reads,

“For extraordinary heroism in action during the 15–19 November 1944, toward Guebling, France. Though severely wounded in the leg, Sergeant Rivers refused medical treatment and evacuation, took command of another tank, and advanced with his company in Guebling the next day. Repeatedly refusing evacuation, Sergeant Rivers continued to direct his tank’s fire at enemy positions through the morning of 19 November 1944. At dawn, Company A’s tanks began to advance towards Bougaktroff [sic, correct name is Bourgaltroff], but were stopped by enemy fire. Sergeant Rivers, joined by another tank, opened fire on the enemy tanks, covering company A as they withdrew. While doing so, Sergeant River’s tank was hit, killing him and wounding the crew. Staff Sergeant Rivers’ fighting spirit and daring leadership were an inspiration to his unit and exemplify the highest traditions of military service.”

On January 24, 1978, the 761st Tank Battalion was awarded a Presidential Unit Citation by President Jimmy Carter for its service.

[9] Come Out Fighting: The Story of the 761st Tank Battalion

When Mothers Pay the Price

HANDS OFF: AN OPEN LETTER TO SCHOOL BOARDS

Virtual Signals Ahead: “What Being Born White Means”

Mengele’s Children: The Abortionists Who Harvest the Organs of Aborted Babies