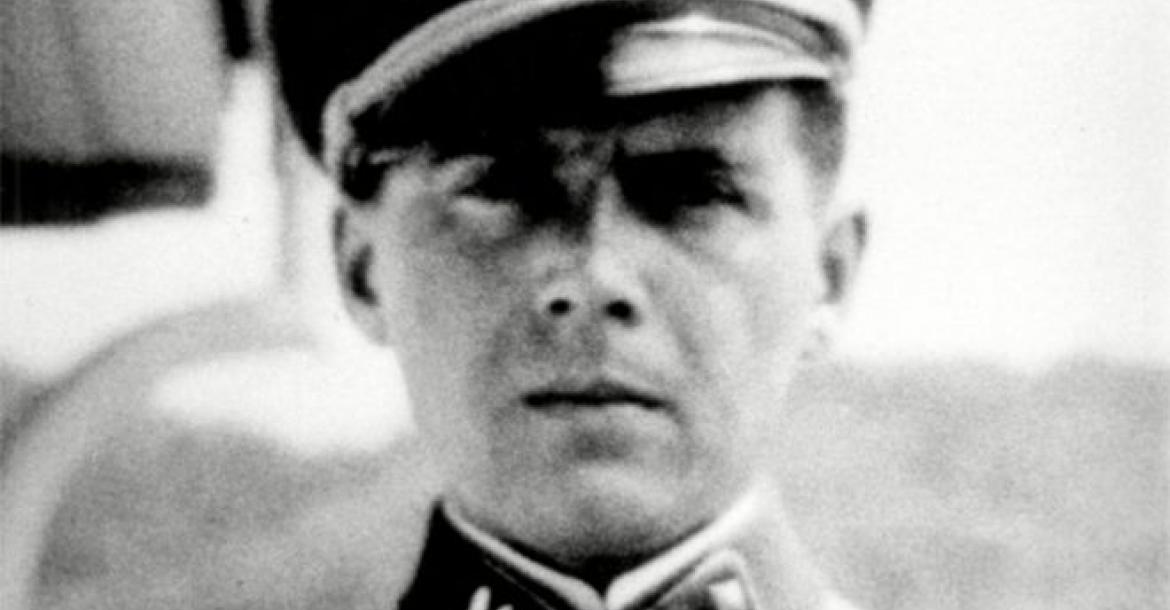 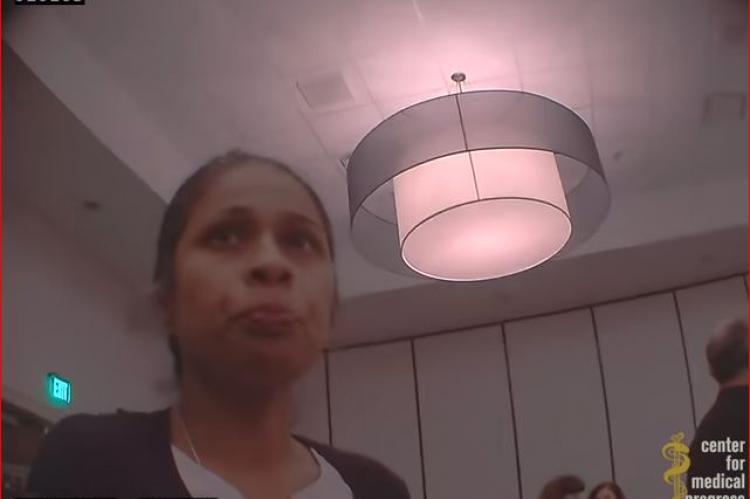 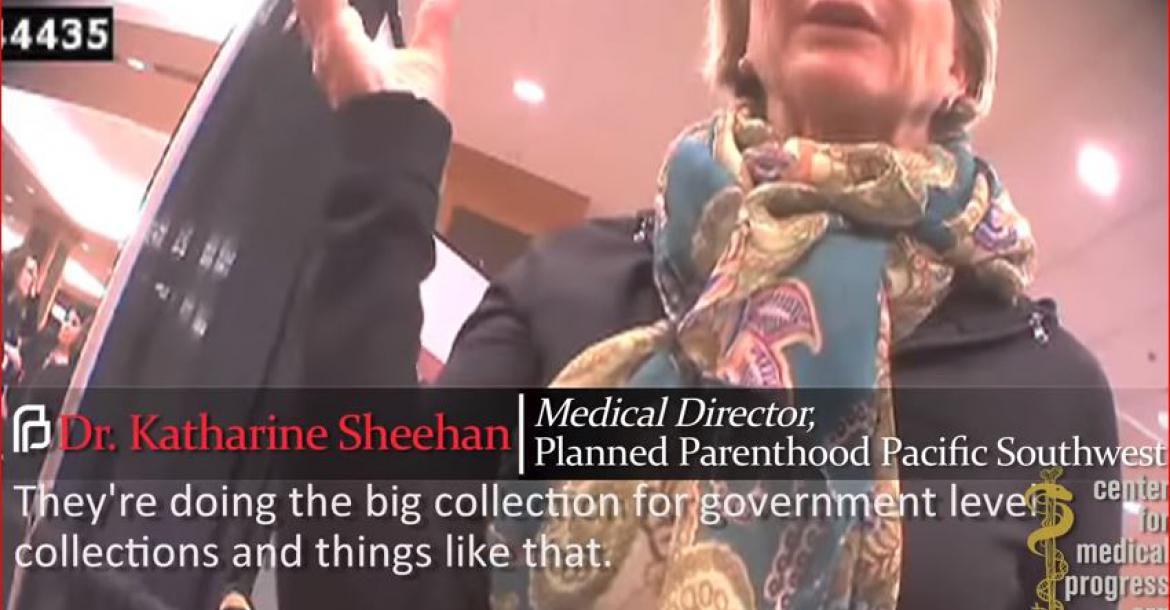 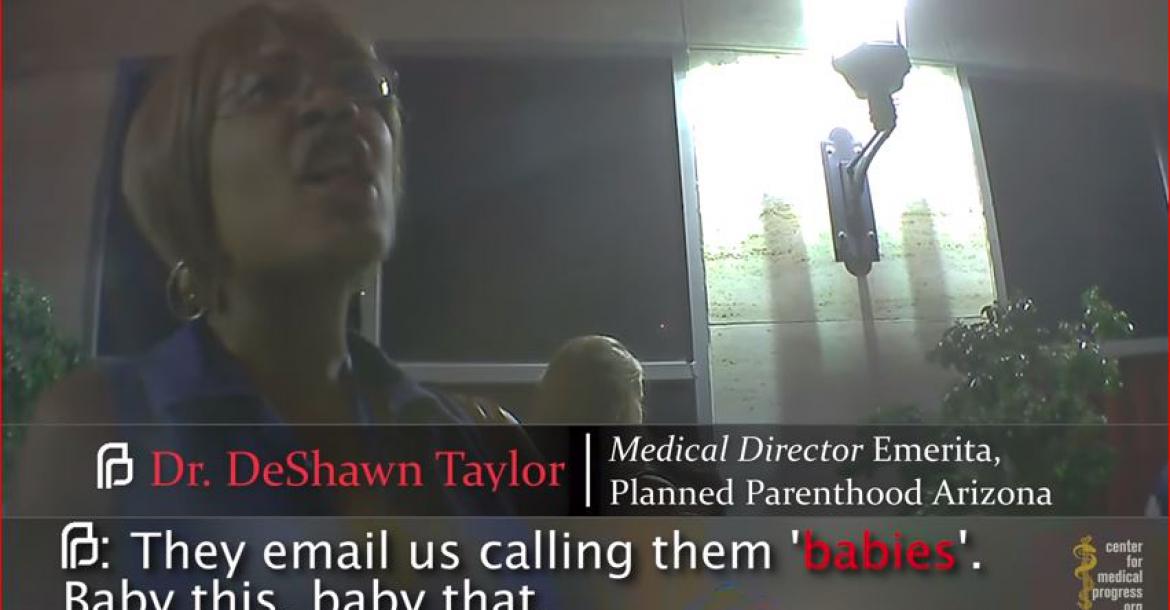 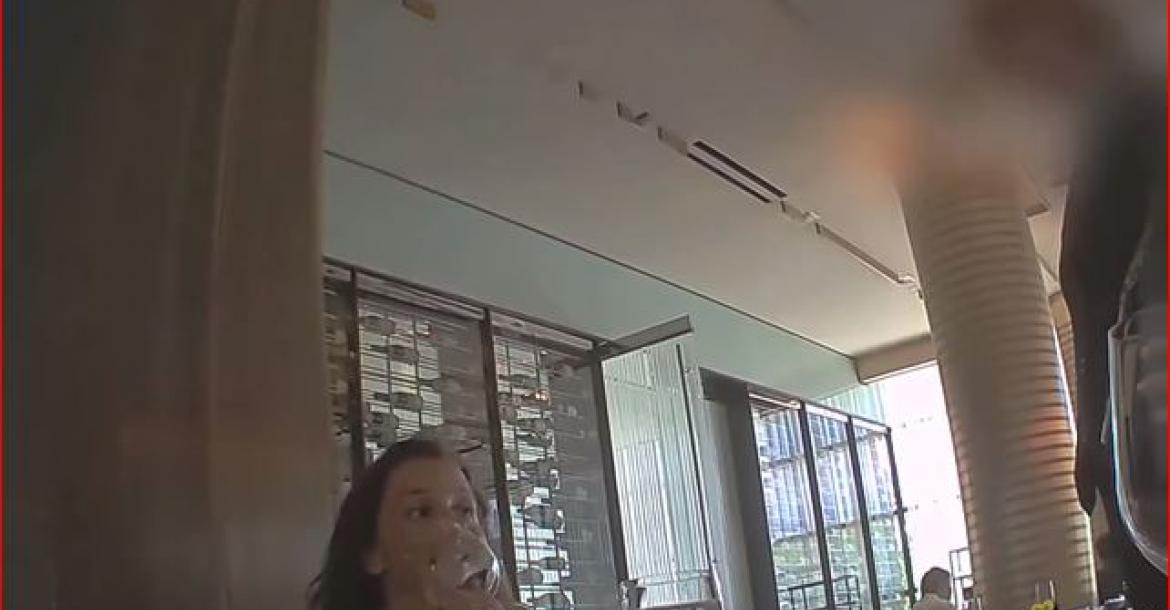 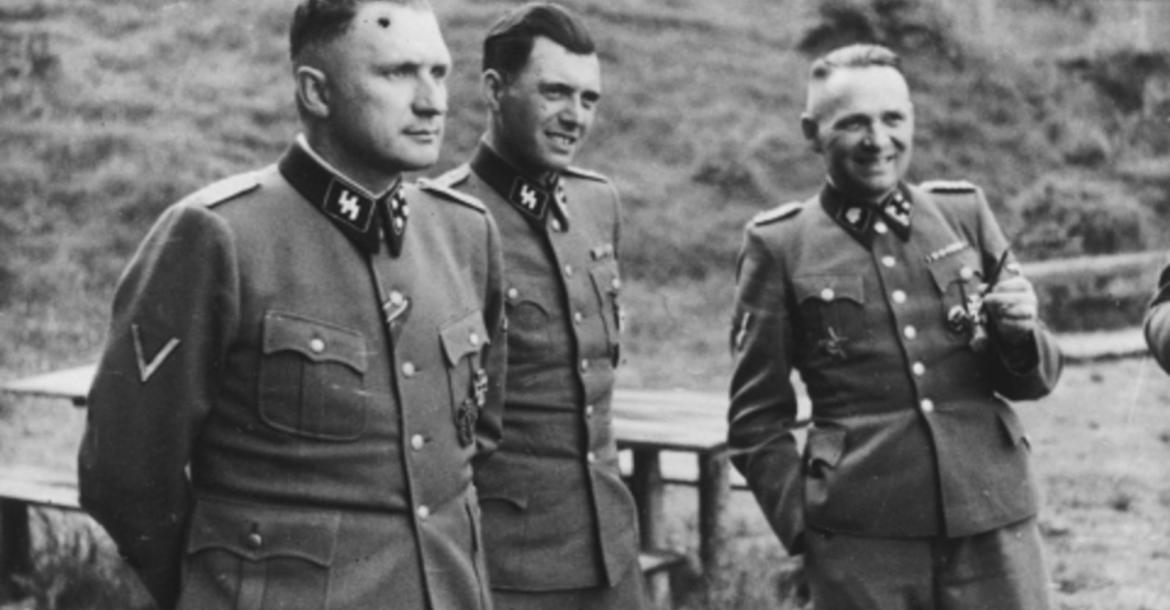 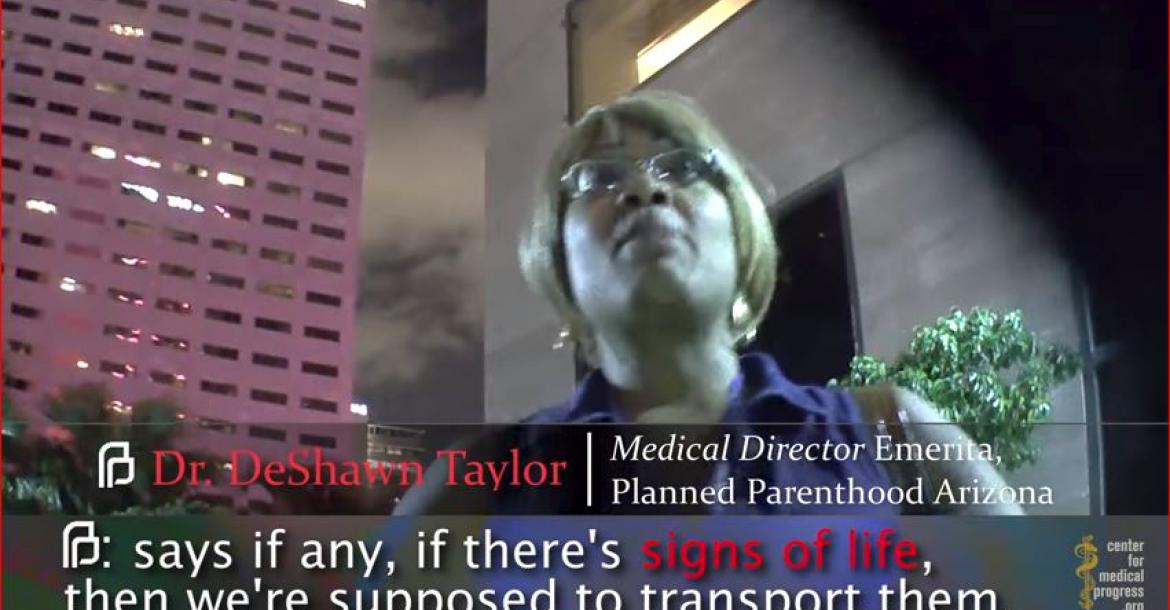 Throughout history, some have been fascinated with the notion of human perfection.  This superhuman, or

as Margaret Sanger described them would feature, among other traits, extraordinary intelligence, superhuman strength and agility,  immunity from disease, and flawless aesthetics.  The ultimate prize would be long, perhaps even, endless life.  Celebrated science fiction writer Robert A. Heinlein explored this quest for agelessness in his book

As we know from The Holy Bible (Genesis 5:21-27), Methuselah himself lived to be 969 years old. In his novel, Heinlein introduces the reader to the “Howard Families.”  The members of this group used the concept of

achieving extraordinarily long lifespans for their descendants.  As Heinlein would have it, the “Howard Families” pursued their quest at their own expense.  No other groups were victimized in their quest for longevity.  This, of course, is the stuff of fiction and science fantasy.

A darker, sinister, indeed evil, effort in the pursuit of human perfection is not fictional.  It is all too real. The effort of the Nazis to achieve this unattainable goal resulted in unspeakable horrors and atrocities.  The Nazi German’s desire to create their

sparked a global cataclysm that annihilated the lives of over 70 million people worldwide.  The effort by the Nazis to eradicate those they deemed

resulted in genocide on an industrial scale.  The result was the murder of more than six (6) million Jews during The Holocaust.  It is arguably the darkest period in human history to date.

The Nazis rounded up and shipped millions of Jews, along with a large number of other groups such a Gypsies, to various concentration camps located in eastern Europe.  The people were packed so tightly in rail (cars) designed to carry livestock, that those who died in transit remained upright.  Auschwitz was one of these concentration camps.  Upon arrival, the people were sorted.  Those deemed healthy enough to work were marched away to perform various forms of slave labor, including work in German munitions factories.  Those considered too weak, too old, or too young to work were herded straight into death chambers where they were gassed to death.

A third, and highly sought after group, consisted of twins.  Waiting and watching for these twins was a Nazi SS Captain named Dr. Joseph Mengele. Mengele was a eugenicist with a degree in genetics.  Dr. Mengele would come to be known as

“The Angel of Death.”

He used Auschwitz as the central collection point from which to gather his test subjects. As the mass of humans exited the cattle cars, Dr. Mengele would call out,

The laboratory where Mengele conducted horrific experiments on living humans was also housed at Auschwitz.  Mengele would subject one twin to tortuous and painful experimental procedures.  The other twin would be kept well and alive.  When Mengele’s experimentation was complete, both of the twin test subjects were killed.  Their bodies were dissected, their organs and tissues were examined and harvested.  Of the estimated 3000 pairs of twins Mengele used for his experiments, only 200 survived.

“picking through the aborted baby body parts in the pie dish…”

“Do people do stuff with eyeballs?”

At another point in the video, a cracking sound is heard.  The investigative journalist, posing as a buyer, asks Dr. Ginde’s medical assistant

“Was that crack the little bits of the skull?”

The young man answers in the affirmative. CNSNews cites The Center for Medical Progress, which indicates that Dr. Savit Ginde’s abortion-homicide facility

“is one of the largest Planned Parenthood facilities and performs more than 10,000 abortions per year.”

This ghastly and inhuman indifference is captured in Dr. Ginde’s own words.

Dr. Joseph Mengele’s sadistic and cruel experimentation was performed in the interest of pseudo-scientific ideals espoused in eugenics.  Planned Parenthood’s reasons for harvesting the organs, tissues, and limbs may also have a financial motive.  A recent Planned Parenthood annual report shows that

In the dark recesses of their souls, the Nazis, like the American eugenicists who inspired them, believed birth control methods such as forced sterilization was a matter of necessity.  As Margaret Sanger wrote in her publication Birth Control Review,

“More children from the fit; less from the unfit—that is the chief issue of birth control.“

The Nazis were motivated by the writings and teachings of American eugenicists!  These racists and supremacists, men such as Lothrop Stoddard and Madison Grant  were the peers, friends, and close associates of Planned Parenthood founder Margaret Sanger.  Nazi German Fuhrer (leader) Hitler is said to have considered Grant’s book “The Passing of the Great Race” the definitive work on

Grant, among other things, championed the need for eugenics programs (e.g. forced sterilization) to protect Nordic racial purity from

From his book “The Nazi Connection,” author Stefan Kuhl quotes from a letter written by northern California-based eugenicist Goethe.  He congratulates a fellow eugenicist on the impact of American eugenics on Nazi thinking when he says,

Dr. Joseph Mengele’s dissection of human beings, some alive at the time, and the collection of the victim’s organs ominously foreshadowed things to come.  The Center for Medical Progress reported the gut-wrenching testimony of a former “procurement technician” whose

“…StemExpress supervisor instructed her to cut through the face of the fetus in order to get the brain.“

“…tells the harrowing story of harvesting an intact brain from a late-term male unborn baby whose heart was still beating after the abortion.”

“And for that reason, most providers will do this case under ultrasound guidance so they’ll know where they’re putting their forceps.”

For Joseph Mengele, an ample supply of test subjects was never a problem.

“…There he had an unlimited supply of twins to study, and he wouldn’t get in trouble if they died.“

“Mengele could exploit the unique opportunity Auschwitz provided for quick and absolute availability of large numbers of these precious research subjects.”

Companies involved in “procurement”  avail themselves of the ready supply of body parts, organs, tissues from babies killed via abortion-homicide by Planned Parenthood abortionists.  Reports for 2013-2014, indicate

The investigative findings of the Center for Medical Progress were reviewed by respected scientist Dr. Theresa Deisher.  She was of the opinion that

“…Planned Parenthood may be keeping some babies alive after the abortion procedure in order to better collect their organs for harvesting.”

“makes it appear the Planned Parenthood abortion business may be selling the ‘fully intact’ bodies of unborn babies purposefully born alive and left to die.“

“They’re doing the big collection for government level collections and things like that,”

Tools and methods have changed, however, one crucial element remains the same. Mengele enjoyed the protection, indeed the blessings, of an all-powerful police state – the Nazi regime of Adolf Hitler.  Mengele was, for all intents and purposes, an instrument of the state. Modern-day abortion-homicide practitioners are also shielded in many regards by-laws promulgated under the guise of protecting a woman’s

Politicians and health officials have been known to look the other way even when informed of abuses, and even deaths, stemming from abortion-homicide procedures.  This was a fact in the case of Philadelphia-based abortion-homicide practitioner Dr. Kermit Gosnell.   A scathing Grand Jury Report stated that

“…Pennsylvania health officials deliberately chose not to enforce laws to ensure that abortion clinics provide the same level of care as other medical service providers.”

“The Pennsylvania Department of Health abruptly decided, for political reasons, to stop inspecting abortion clinics at all. The politics in question were not anti-abortion, but pro-[abortion]. With the change of administration from Governor Casey to Governor Ridge, officials concluded that inspections would be ‘putting a barrier up to women’ seeking abortions.”

Two women, Shemika Shaw and Karnamaya Mongar, respectively, lost their lives as a result of abortion-homicide procedures performed by Dr. Kermit Gosnell and his assistants.

This basic lack of oversight created the environment in which

“…Gosnell and his associates not only broke state law by performing abortions after 24 weeks—they also killed live babies by stabbing them with scissors and cutting their spinal cords.”

The Grand Jury Report went on to state that

Complaints to Pennsylvania health officials fell on deaf, or more accurately complicit, ears.  Efforts to suspend or revoke Gosnell’s medical license, in the wake of the death of Shemika Shaw, were met with, at best, indifference. This had to embolden Dr. Kermit Gosnell.

Mengele also knew that no matter how bizarre or abhorrent his activities became, he would face no legal consequence.   In fact, Joseph Mengele was never held accountable for his barbarous crimes.  He fled Auschwitz as the Russian Army closed in to liberate the death camp.  Mengele appeared to have vanished.  However, recently declassified CIA files indicate that Mengele was actually in the custody of the U.S. Army shortly after he fled Auschwitz.

Other disclosures from declassified CIA documents indicate that Mengele, as did other Nazi war criminals, made it safely to South America.

Member of David Daleiden’s team, posing as fetal tissue buyers, interviewed the head of Novogenix.  This highly controversial firm is one of the leading procurers of body parts, organs, and tissues from babies killed in abortion-homicide.  During the interview, Novogenix’s founder and executive director stated,

“So you know there are times when after the procedure is done that the heart is actually still beating.”

As with the persecution of David Daleiden, those who seek to expose Planned Parenthood’s atrocities are themselves set upon by the state.  A chilling example was when authorities, under the direction of former California State Attorney General Kamala Harris, raided the home of investigative journalist and pro-life activist David Daleiden.  The Federalist reported that authorities

“…seized all video footage of Planned Parenthood employees’ involvement in selling organs from aborted babies — including damning footage which has yet to be released.”

Mengele never faced trial but if he had, as Life Dynamics Founder states, it would have surely resembled

Modern-day abortion-homicide practitioners, who I refer to as

also, conduct their monstrous organ collection activities with little worry of criminal or even civil sanction.  Even the liberal media, in this case, the Washington Post, was forced to admit that

“Buying and selling human fetal tissue is illegal in the United States. “

“Federal regulations also prohibit anyone from altering the timing or method of an abortion for the sole purpose of later using the tissue in research.“

The law notwithstanding, it is clear from records that the specific intent of the eugenicist, captured by David Daleiden and his team IN THEIR ABORTIONIST’S OWN WORDS, was to preserve and collect the organs of the baby killed during the abortion-homicide procedure by any mean necessary.

“And for that reason, most providers will do this case under ultrasound guidance so they’ll know where they’re putting their forceps.”

For example, one of Planned Parenthood’s abortion-homicide practitioners Dr. Debbie Nucatola, a top member of the organization, stated between bites of salad and sips of wine,

“We’ve been very good at getting heart, lung, liver…”

Dr. Nucatola, unaware that she was being recorded, described the ghastly organ collection process saying

“…I’m gonna basically crush below, I’m gonna crush above, and I’m gonna see if I can get it all intact.”

Dr. Joseph Mengele is dead. His remains were located in Brazil thirty-four (34) years after his virtually miraculous “escape” from Allied-held Germany. However, his horrific legacy lives on as a new generation of eugenicists and abortion-homicide practitioners harvest the organs and tissues of preborn babies.  The question is why?

Planned Parenthood & Baby Body Parts Video: ‘Was That Crack the Little Bits of the Skull?’ — ‘Here’s the Heart’