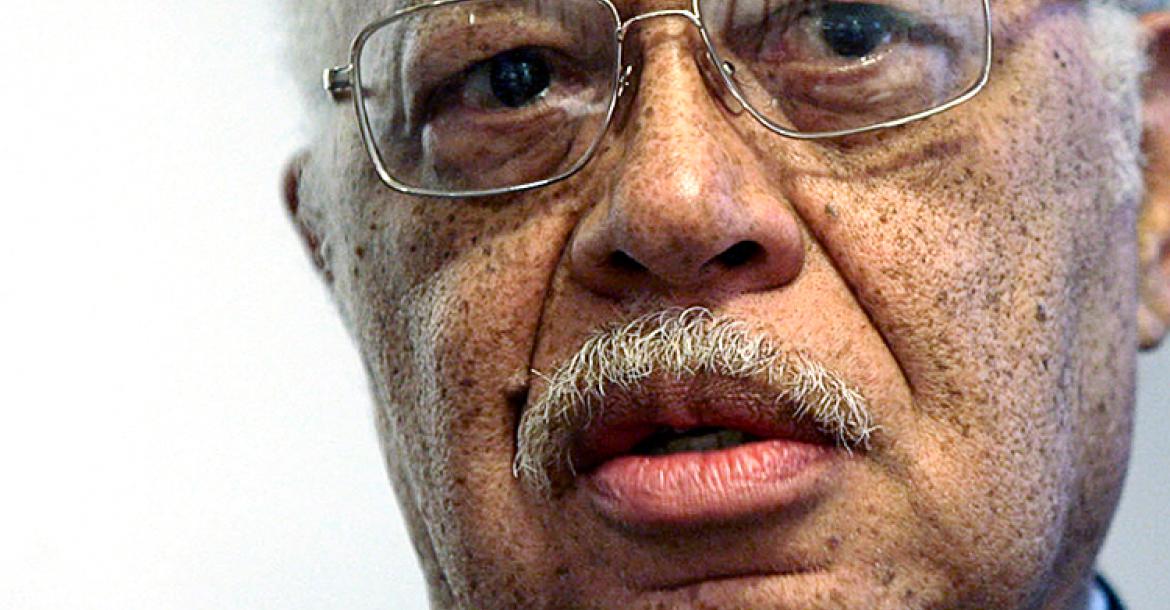 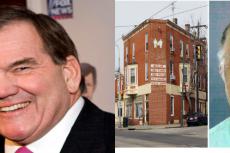 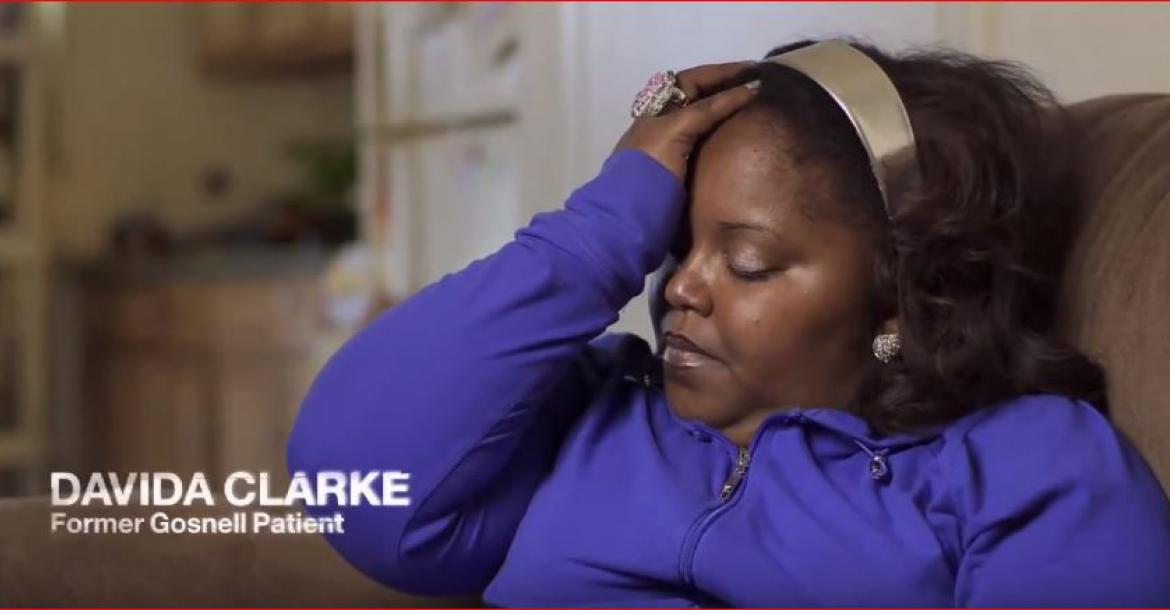 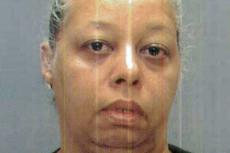 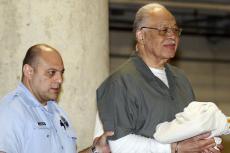 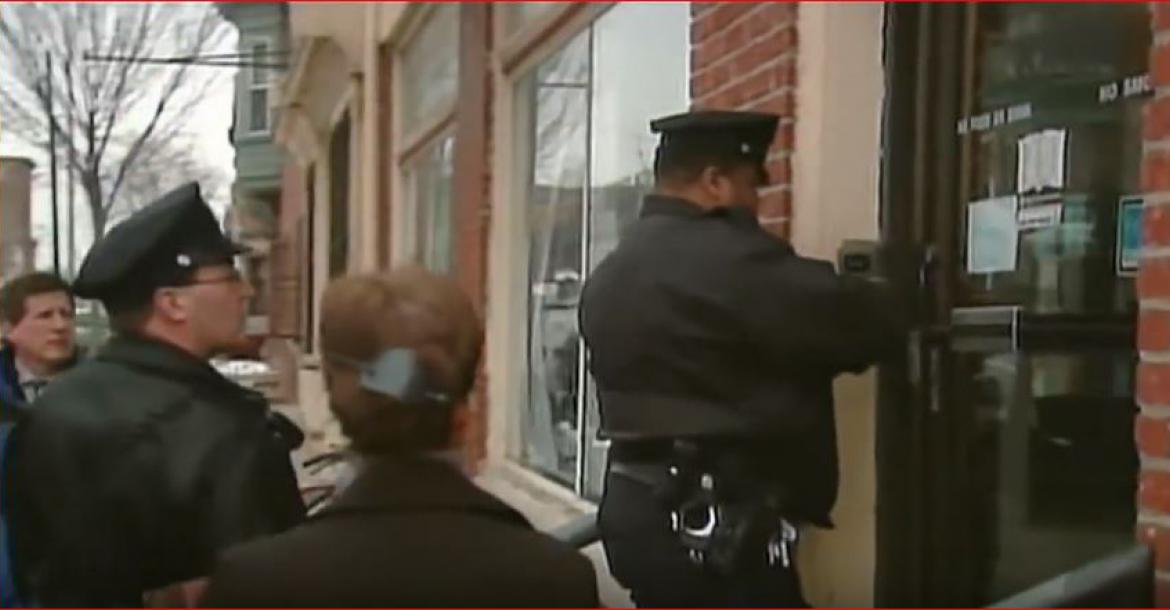 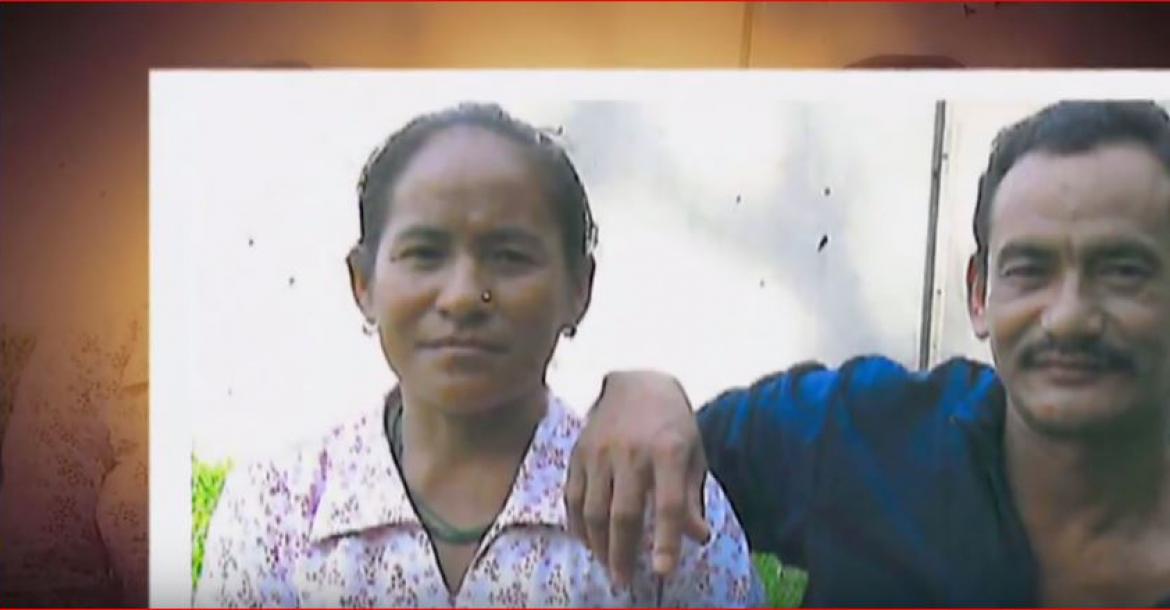 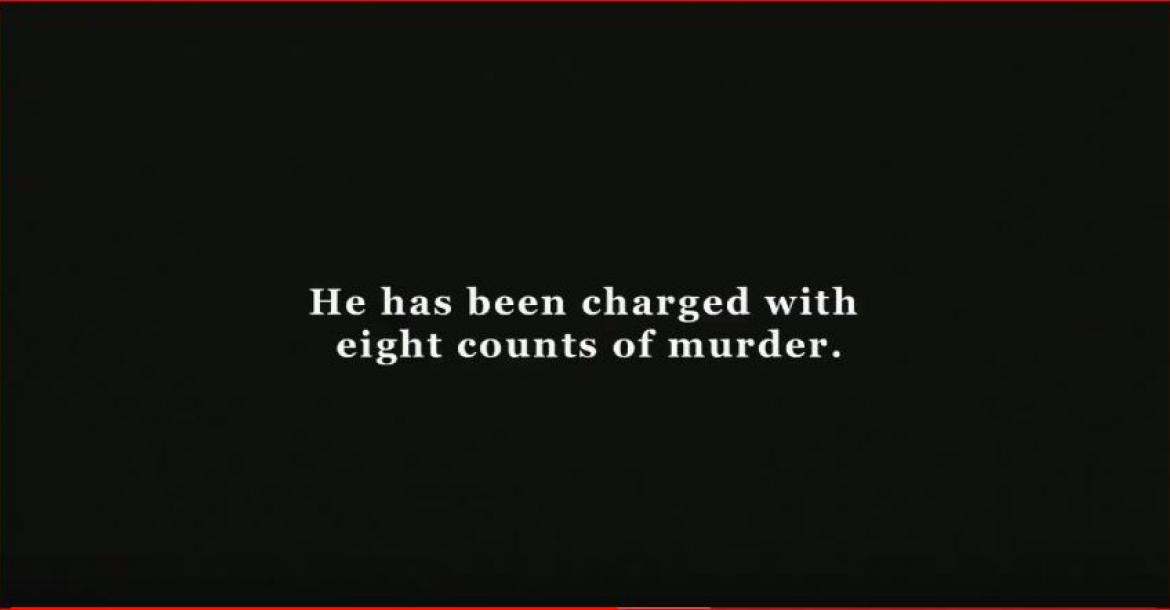 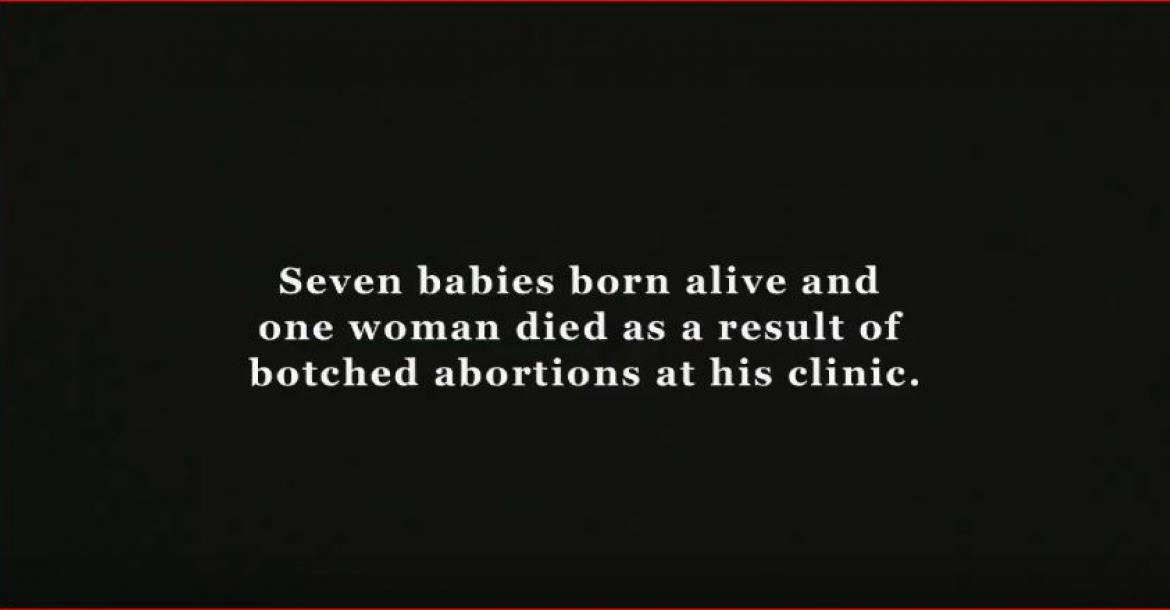 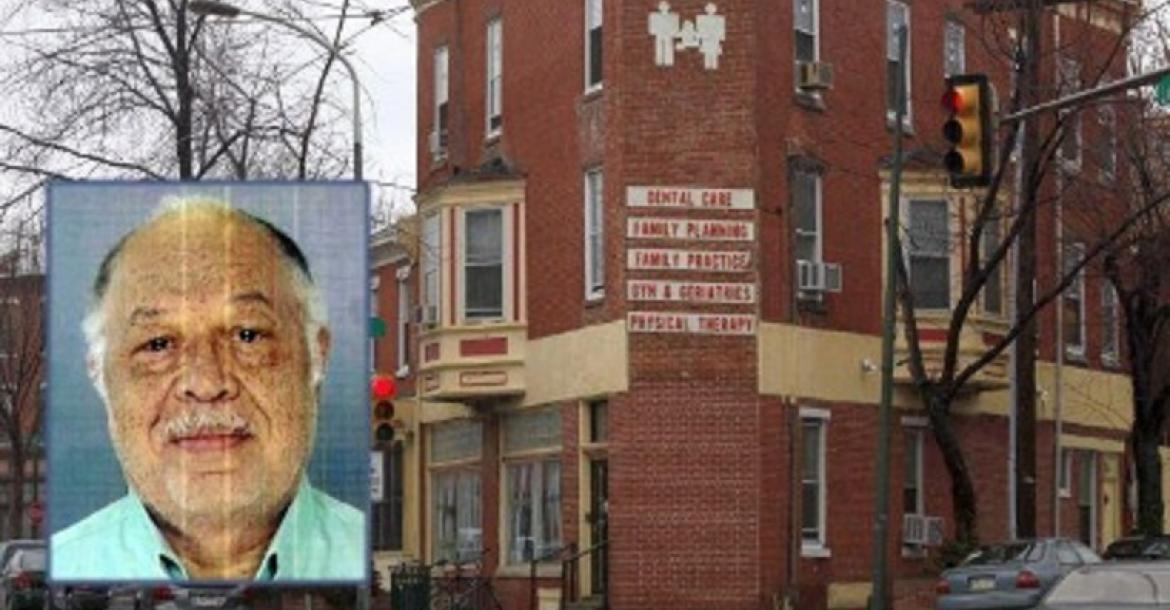 The search warrant was issued as part of an investigation into allegations that Gosnell was illegally distributing prescription medication.  During the drug-trafficking investigations detectives

‘…learned from one of the clinic employees that a woman had died in November 2009, following an abortion procedure.”

The detective searched for a police report on the death of the woman but there wasn’t one.  The identity of the victim was discovered after detectives contacted the Philadelphia Medical Examiner’s Office.

On February 18, 2010, The FBI along with state and local Pennsylvania authorities executed a search warrant on the abortion clinic operated by Dr. Kermit Gosnell and his wife Pearl Gosnell.  What investigators found was a “House of Horrors” at the “Gosnell Women’s Medical Society Clinic.”

“The clinic reeked of animal urine, courtesy of the cats that were allowed to roam (and defecate) freely. Furniture and blankets were stained with blood.“

“And scattered throughout, in cabinets, in the basement, in a freezer, in jars and bags and plastic jugs, were fetal remains. It was a baby charnel house.”

Investigators came looking for evidence related to the illegal distribution of narcotics.  What they would was that Dr. Kermit Gosnell, and his wife Pearl, were running an abortion operation in which they conducted very very late-term abortions on primarily poor minority women.

“…super majority of the patients were poor….were Brown….and Black Women..”

Reports indicate that Kermit Gosnell and his wife earned upwards of $2,000,000 dollars annually.  He charged the victims of his abortion-homicide procedures between $10,000 to $15,000 each.  The Grand Jury report stated,

“…the real business of the “Women’s Medical Society” was not health; it was profit.“

“By day it was a prescription mill; by night an abortion mill.“

In most states, late-term abortion procedures performed after week 24 of the gestation period are illegal. Ultrasound must be performed to determine the stage of gestation.  Gosnell “fudged” this legal requirement.  He even “trained” his staff to angle the ultrasound instruments to make the baby appear to be younger than it actually was.  A baby at weeks of gestation is a fully formed individual.  Most babies born prematurely at this point, given proper medical care, will survive and live healthy lives.  Late-term abortion procedures are difficult given the size of the baby.

“When you perform late-term “abortions” by inducing labor, you get babies. Live, breathing, squirming babies. “

“Gosnell had a simple solution for the unwanted babies he delivered: he killed them.“

“He called it “ensuring fetal demise.”

“..he ensured fetal demise was by sticking scissors into the back of the baby’s neck and cutting the spinal cord. He called that “snipping.”

Kermit Gosnell performed hundreds of these “snippings” over the years. This would make Kermit Gosnell one of, if not the most, prolific serial killers in world history.

Gosnell took care to destroy paperwork and files in order to cover up his murderous atrocities.  For that reason, it is impossible to prosecute him for several dozen murders.  Prosecutors were able, however, to document a few cases.  Among them is the case of

This child’s mother was 17 years old and 30 weeks pregnant, well beyond the legal limit for abortion, when Gosnell induced the young woman’s labor.  The estimated birth weight of the child was six pounds.

“[Baby Boy A] was breathing and moving when Dr. Gosnell severed his spine and put the body in a plastic shoebox for disposal. “

In another case, Baby Boy C was moving and breathing for 20 minutes outside the womb before one of Gosnell’s assistants performed the “snipping” procedure and killed the child.  These cases are shocking and horrible.  However, reports indicate that they are not even the worst example of Gosnell’s savagery.  Investigators learned that among the babies Gosnell delivered

“…there were really big ones.”

These procedures were done on Sundays when the clinic was “closed” and the regular staff was not present to witness the murder of the baby.  These cases have come to be known as

“Only one person was allowed to assist with these special cases – Gosnell’s wife.“

After disposing of the baby at the clinic, Gosnell took the files for these cases home where he would destroy them.

Preborn babies were not the only victims of Gosnell’s murderous depravity.  The women who paid for his services were also injured and in some cases killed.  In one instance, a woman was left lying for hours after

“Gosnell tore her cervix and colon while trying, unsuccessfully, to extract the fetus.”

Only after her family threatened to call the police were they allowed access to her.  She was rushed to a local hospital where emergency surgery was performed during which she lost nearly a foot of her intestinal tract.

In another case, a young woman’s mother was left waiting on her daughter for hours.  Gosnell finally released the young women

“without telling either of them that she still had fetal parts inside her.”

Even with signs of a severe infection setting in, Gosnell insisted that the young woman was fine.  By the time she was talking to the emergency room she was

“unconscious and near death. “

As terrible as the aforementioned cases are, and there were certainly more of them, even they don’t show Kermit Gosnell his worst.  The death of 41-year-old Karnamaya Mongar, a 90-pound immigrant woman, shows Gosnell and his assistants at their very worst.  She arrived in the U.S. from a resettlement camp in Nepal.  His office workers had her sign consent and release forms she could not read let alone understand.  Karnamaya Mongar

After several hours Karnamaya Mongar stopped breathing.  Gosnell’s office workers eventually noticed that their patient wasn’t breathing. Perfunctory attempts at CPR were performed.  No defibrillator was applied because it was broken.  Medication to reverse the effects of the Demerol was not given to  Karnamaya Mongar.  By the time paramedics were called and arrived, she was surely brain dead.  In an effort to cover up this catastrophic and deadly mistake,

“the clinic staff hooked up machinery and rearranged her body to make it look like they had been in the midst of a routine, safe abortion procedure.”

Gosnell’s house of horrors proves that there is no such thing as a “safe” abortion.

On January 19, 2011, Dr. Kermit Gosnell was arrested.  He was charged with eight counts of murder.  In seven of those cases, Gosnell is accused of severing the spinal cord of born-alive babies.  In the other case, Gosnell was accused of murder in the 2009 death of 41-year-old Karnamaya Mongar.  The FBI also brought a separate 23-count indictment charging Kermit Gosnell, his wife Pearl, and members of his staff with a long list of conspiracy, drug distribution, and drug-related offenses.  Gosnell was ultimately convicted in the murder of three born-alive babies. He pleadss guilty to the 3rd Degree Murder of Karnamaya Mongar in order to avoid the death penalty.  Dr. Kermit Gosnell is currently serving four life sentences without the possibility of parole.